Turning Your Garage Into a Factory: Manufacturing RF Waveguides at Home Nestled in the outskirts of Seattle, amidst a quaint residential neighborhood, you’ll find a rather modest garage that is packing some serious manufacturing capability. This little workshop is the home to BNC Engineering, a business specializing in RF, microwave, and millimeter wave test equipment, and capable of manufacturing RF Waveguides. Today, we’ll get a low-down on the history of BNC Engineering from the founder, Sergey Klypin, and why he chose DATRON for his in-house machining needs.

Making Waves in the Industry

Sergey started BNC as an electronics equipment repair shop, which rose from the ashes of the 2008 recession. The first wave of 4G cell phone manufacturers were tightening their belts and unloading stuff at auction, like oscilloscopes, signal generators, and spectrum analyzers.

“It was a fun time to be involved in this business, because you could buy for pennies on the dollar. You could fix it up, you could resell it, and then, it was a business. And out of that grew a fairly reasonable operation.”

The connections Sergey made from selling equipment ultimately led BNC to manufacturing. After selling an analyzer to a start-up focused on 77ghz automotive radar systems, they got to talking about more than just electronics repair. “I started doing some work (for them) because I had an engineering background. I was interested in this stuff and I was bored repairing things, and this sounded exciting.” This new endeavor presented the need for custom manufactured RF waveguides, which presented it’s own challenges.

Eventually, the team hit a roadblock advancing their product due to their limited manufacturing experience. “Not only did we know that manufacturing was difficult, but also dealing with machine shops… and also living in the job shop ecosystem, for somebody who has very specific machining requirements, it’s actually quite difficult.”

Besides struggling to find a shop that was willing to deal with their high mix, low volume, and frequent rework jobs, the RF waveguide parts being made were not familiar to machinists. “Job shops understand mechanical parts; these are fundamentally electrical parts that simply have a mechanical manifestation. They would really be closer to circuit boards”.

On top of that, establishing a working relationship with a job shop would often get cut off in the early stages due to BNC’s non-standard needs. “Either people thought it would be easier than it is, or people thought I would come back with a big order.” This led to multiple occasions where return business was met with a “no-bid” from the job shop, stopping progress dead in its tracks.

This string of problems made it clear that the only way forward was to bring BNC’s machining needs in-house. Sergey started by looking at some of the traditional big machine brands, but quickly realized that they lived in different worlds. Since BNC’s common parts were only 1 to 2 inches per side, their requirements sided with utilization of small tools, machine accuracy, and probing features.

In return, “all I really heard was ‘hogging’, how powerful the machine was… I really never connected with a vendor prior to DATRON that really spoke the language.”

Sergey came across DATRON when he seized the opportunity to purchase a second-hand M9, a decision that was quickly validated. “It worked out great. It was exactly what we were needing, and the form factor was something I didn’t expect to find, ever.” The M9 posed a significant advantage over other small form factor machines, which are engineered for hobbyists, and can’t reliably hold tight tolerances. “I’ve never had the tolerance of the machine be an issue in a way that a ‘real’ VMC would be an improvement.” Pushing it to the Next Level

After years of success with the M9, Sergey decided it was time to upgrade to the modern equivalent: the neo.

“I was using the M9 several hours a week… it became apparent that if it cut twice as fast, which the neo certainly did, it would, long-term, be a time saver.” Other contributing factors were the expanded tool change capacity, larger work envelope, and better vacuum workholding integration. Some of the biggest reasons for switching were the intrinsic to the next control, especially next’s instinctive probing system. “The probing is fantastic; you just can’t beat that.” Utilizing a camera in the machine, along with familiar swipe-gestures on the control screen, mastering probing cycles was a walk in the park.

Besides the minimal machine footprint, the neo had other significant advantages for BNC’s small workshop. Single-phase power capability made setup in a residential neighborhood easy, as well avoiding the expense of hooking up industrial 3-phase power. Another important benefit, for Sergey and his neighbors, was the minimal noise pollution. “I do have neighbors nearby, not one of them has complained.” This is a hallmark of milling with a DATRON; a rock-steady machine combined with a high RPM spindle equals peaceful production.

The neo’s ethanol coolant system was another distinct improvement, since it’s significantly easier to work with when compared to traditional flood coolant systems. “(Flood coolant) It’s corrosive, it’s moldy…. It’s a pain.” Another great point is the ease of maintaining the ethanol system for a small-scale production machine. A machine with flood coolant will require more maintenance, even when not being used. “It (flood coolant) also doesn’t scale; Fundamentally, ethanol scales. You cut two days out of the month, you use it two days out of the month. With (flood) coolant you bought the farm, it’s got a lifetime.”

One important factor in buying the neo wasn’t listed in the spec sheet – quality customer support. Regardless of experience, CNC machining can be difficult, so it was important for Sergey to be able to turn to DATRON when he needed help. “Not only in the purchase, and the service, but asking questions… ‘how does this cut, how do you do that?’ You guys always have an answer.”

Sergey believes bringing CNC milling in-house is invaluable for any OEM. “The model of a job shop and the model of an OEM prototyper are simply polar opposites. An OEM wants to run a part, wants see how it works, then twenty minutes later run another part… where a job shop, by the time they ship your part, they’ve already torn your stuff down and forget about what you’re doing”. The benefit then of having in-house manufacturing is the ability to “proceed in ways you could not possibly do with 3rd party vendor.” He went on to explain why prototyping in-house is so crucial. “Part of the design process is having prototypes, so it is not that your final parts are being made, parts that are being (repeated), sometimes many times, get made… part of them are screw-ups, part of them design mistakes, part of them are challenges, part of them are different chamfers just to make it feel better in the hand. But all of those things you really cannot do if you’re going to go to a shop and say, ‘can you overnight this part to me and then get another one in two days?’ Nobody wants to deal with you.” In the end, taking control of prototyping and production was a total game-changer for BNC.

“It’s really a different ball game when you’re relying on somebody else for such a critical part of your design, it literally changes the whole nature of your business.”

If you’re interested in following in BNC Engineering’s footsteps and want to setup a prototype lab or build your empire from your garage, check out the quick assessment below to help guide you on your way. 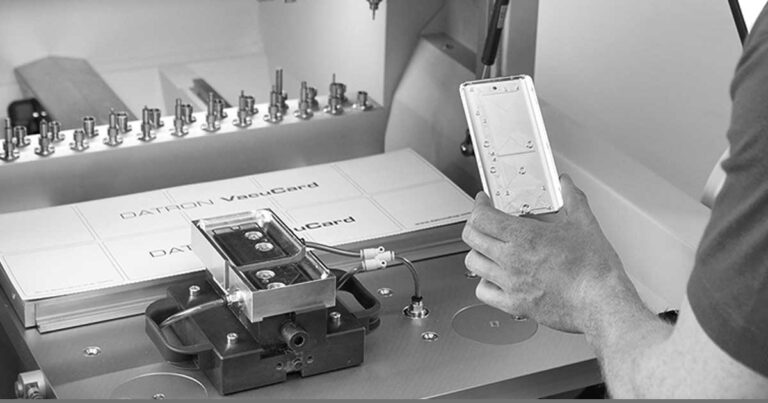