If you’re on the fence about setting up your own prototyping lab, the following ten benefits of bringing rapid prototyping in-house should convince you of its advantages. As manufacturing evolves and the market demands more, with respect to faster and smarter solutions, investing in your own in-house rapid prototyping capabilities is a sound strategy.

Here, we break down these benefits to give you some context and clarity when you’re ready to move forward.

Regardless of what you manufacture, who your clients are, or how you’ve always done business, taking the steps to bring rapid prototyping in-house, whether via 3D printing or CNC Milling, gives your operation the edge over your competition.

This is because, ultimately, rapid prototyping is:

… a high-end tool that’s being used for pre-operative planning, concept modeling, diagnostics, and detecting flaws in the early design stages. It’s a technology that has already spread into almost every aspect of our lives. From engineering, education, art, architecture, medicine, and manufacturing. It has become a crucial part of any product’s life-cycle in the early production or manufacturing phases.

By building an in-house prototyping lab, you can observe and control each stage of each product life-cycle, ensuring a better result from the process.

Eliminating the need to outsource any service makes your operation more secure by mitigating any additional moving parts and players. By keeping your prototyping in-house, you remain in control of your intellectual property and development process.

In this day and age of data breaches and security leaks, being able to sidestep a third party vendor, who may or may not take security as seriously as you do is your best line of defense. Prevent the potential for piracy by securing your operation’s rapid prototyping under your own roof.

Setting up rapid prototyping in-house means that you also set the speed of your design process and delivery. Access to your own prototyping processes allows for faster iteration because you can turn prototypes around in less time than the average week, typical of outsourcing. When it comes to effective and efficient product development, “Rapid prototyping elevates initial ideas to low-risk concept explorations that look like real products in no time.”

Once you’ve reduced the time and cost associated with outsourced prototypes by creating your own in-house, you’ll enjoy more design freedom and the ability to explore possibilities earlier in the process. This kind of creative freedom tends to support better outcomes, by removing rushed work and inspiring the kind of exploration that leads to new solutions.

Establishing your prototyping processes in-house gives you the upper hand over your competition for a couple of reasons.

The first is that you can iterate faster, which means you can arrive at and present a solution much sooner. From there, any necessary changes can be made at a moment’s notice, meaning you’re solving design problems quicker than you would ever be able to if you continued outsourcing your prototyping needs.

When it comes to outpacing the competition, you’ll want to move rather quickly as the advantages of prototyping in-house are becoming more evident, according to New Electronics:

A survey conducted amongst PCB designers and manufacturers, electrical engineers, OEMS and others interested in 3D-printed PCBs and circuits revealed that most companies are employing external services to create PCB prototypes. It also showed they are investing large amounts of money and significant time into their production.

According to the survey, there is also increasing demand for in-house prototyping for research and product development. This is not surprising, since businesses need to quickly respond to changing customer and market demands in this highly competitive industry.

If ever there was an ideal time to bring the benefits of prototyping in-house, this is it.

Costs are Clear and Controlled

Unexpected costs can kill your budget. In most cases, these costs arise from excessive prototyping that results in more errors, often due to incorrect tooling, which wastes expensive molds and dies, running up the tab even higher.

Let’s take the scenario of fitting a flange into a receptacle, only to discover that the flange is a tad too large for a proper fit:

Re-making the mold to correct the problem is expensive so it is often not done. This is not necessary with rapid prototyping, as multiple revisions can be made within each iteration without the need to make a mold. Errors are reduced with this iterative process, and design changes are not compromised due to incorrect prototype dimensions.

In other words, investing in your own rapid prototyping lab is a cost-effective measure that protects your business’ bottom-line in the long run. This proved to be the case for HSVA, “a German non-profit organization that bases its efforts on the maritime industry, said that they were able to drastically increase their lead time and cut modeling costs by as much as 30%, just through buying several 3D printers.”

Or, for a home-grown example, Massachusetts-based Instrumentation Laboratory, decided to experiment with rapid prototyping in-house to defray mounting costs and excessive time expenditures.

As reported in Move to Rapid Prototyping Cut Costs by Millions, according to Carl Chelman, R&D Model Shop Supervisor, “We decided to purchase the machine and use this project as a test-case to see if rapid prototyping could help improve the design engineering process.”

The company quickly discovered that prototypes help their engineers optimize designs more quickly, and “allow for incorporation of greater contributions from the manufacturing team and suppliers.”

Ultimately, “Having parts in hand, our manufacturing team was able to identify more ways to reduce costs,” said Chelman.

For additional proof of the benefits of prototyping in-house, Instrumentation Laboratory also reported that, after struggling to visualize a six-part sheet-metal assembly because of various bends, the engineers created a prototype using only two parts, resulting in an impressive 80 percent cost reduction.

“We were able to re-engineer more than 25 parts at a cost-savings, far greater than could be realized with traditional virtual prototyping methods,” says Scott Notaro, Manager of Mechanical Engineering at Instrumentation Laboratory.

All told, Instrumentation Laboratory was able to reduce manufacturing costs on this project by 40 percent, 10 percent more than what would have been possible relying on the traditional approach.

Finally, “That 10 percent savings amounted to $600,000 per year. Extended over the 12-year life of the product, they said that this represents a $7.2 million cost reduction. In addition, they were able to save $50,000 in mold rework and deliver the product to market six months earlier than expected.”

Even if math isn’t your strong suit, anyone can see that these numbers represent stunning savings and overall cost effectiveness for an operation.

Prototyping in house keeps your eyes on every step of the process, allowing you to anticipate challenges faster, which helps decrease the number of errors and additional prototypes that need to be made.

Everything ever created had its risks: the risk of failure, risk of a community backlash, risk of lawsuits, and many others. At the end of the day, it can all be somewhat avoided and handled before the products even reach the shelves. When you have a detailed physical analysis of the early stages in the development program, rapid prototyping can reduce the risk of costly and critical errors. The development team can identify the design faults or usability problems and make any modifications quickly before it causes any more damage. The process provides a precise model for production tooling, thus reducing the risk of later problems or setbacks that may happen.

Safeguarding against errors and having more control over the process supports greater success for any operation.

The Implements to Innovate

Really, there is practically no learning curve involved in rapid prototyping when relying on machines like the DATRON neo. Despite being brand new technology, its interface aligns with any other touch-screen device, like your phone. You’re probably a pro at using that, so adding the neo to your in-house arsenal should prove seamless.

In fact, the main goal at DATRON was to take the intimidation factor out of their industrial control, next, and create a paradigm shift how people use CNC controls. Similar to car builder Tesla, distinguished not only by its capability as an electric car, but also for its intuitive user interface and advanced automation features – the technology exists to relieve the anxiety imposed by collections of buttons and gadgetry. Such is the goal of next: by simplifying the use of machines required for rapid in-house prototyping, designers can get to a prototype faster and easier.

DATRON machines are appreciated for their ability to prototype a variety of materials, meaning the choice is yours when it comes to true creative flexibility.

There’s nothing quite as personally satisfying as being able to boast that you made something yourself, especially something that solves a problem. In this case, creating the perfect prototype that gets a product into the eager hands of consumers faster is reason alone to start prototyping in-house.

Ready to seize the opportunity to bring the benefits of prototyping in-house? Contact us to determine what you need to get started. 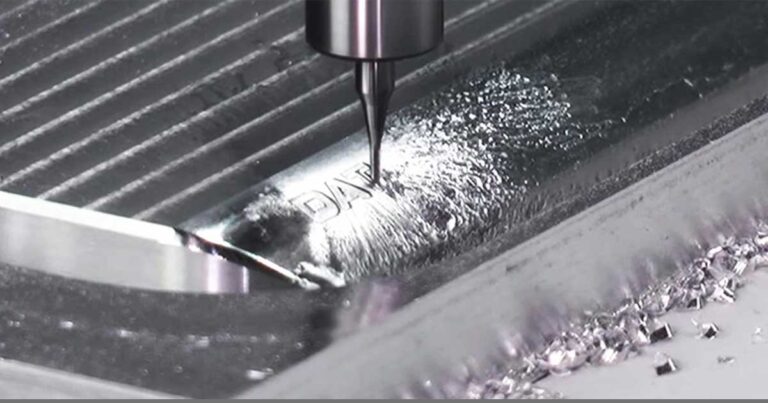 What is Rapid Prototyping? 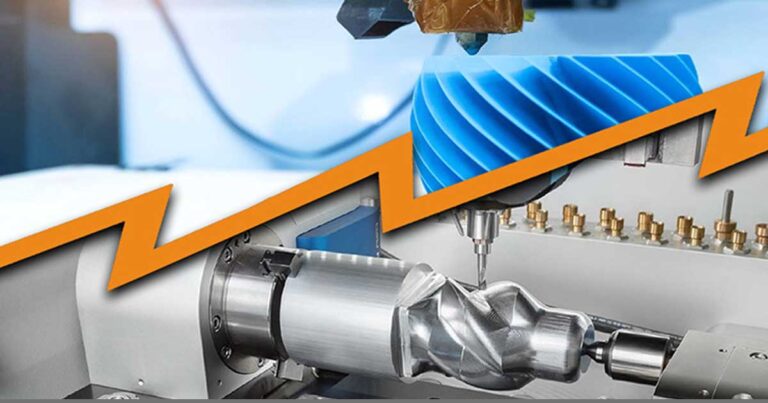 3D Printing vs CNC Milling: Which Do You Need When Setting Up a Prototyping Lab?