DATRON Dynamics’ customer Potomac Photonics has focused on innovating the micromanufacturing industry since 1982. The US-based company utilizes a wide variety of microfabrication technologies that bring even the most challenging products to market quickly and cost-effectively.

As an advanced manufacturing company specializing in creating miniature, high-tech parts with feature sizes down to one micron, Potomac has developed products for industries like medical, biotech, space exploration, microfluidics, and commercial technology.

Expanding Potomac’s Toolbox with Micro-CNC Machining
Potomac has always known that the best way to guarantee rapid turnaround is to work on a machine that is easy to use and can laser cut at a broad range of sizes. Just like an engineer needs a diverse toolbox to get the job done, a variety of machines are needed to ensure customer standards are met. So, when new project requirements demanded more than their laser capabilities could provide, Potomac began evaluating CNC milling machines.

Versatility was key when deciding on a new piece of equipment. It would also need to complement the current laser technology. That way, when customer ideas are presented, Potomac has an assortment of tools at its disposal. They also wanted a machine that could handle a variety of materials and included a tool magazine that was large enough to swap tools quickly during a job.

It was the DATRON neo’s versatility with milling materials and high-speed milling capabilities that first caught their eye, but Potomac was even more impressed when they saw how easy it was to operate (thanks to the DATRON next© control). Another benefit to using a CNC machine instead of laser technology was the lack of taper inherent with laser light. For projects that required little or no taper, or deeper cuts with higher aspect ratios, the DATRON neo would give Potomac a competitive advantage in the marketplace.

The neo’s Contribution to Potomac’s Capabilities

With that many features aligned to their needs, the neo was the clear choice for expanding Potomac’s equipment lineup beyond lasers.

The neo has provided Potomac Photonics with a new set of capabilities. It complements the laser equipment with its ability to make tiny precision cuts in different materials, from ceramics to plastics to metal, and has been a tremendous benefit for Potomac.

The neo is programmed to automatically switch the drill bits to cut at any size with extreme precision, allowing them to fabricate both miniature and full-scale products. And its high-speed machining capabilities make it well-suited for both prototyping and high-volume production runs.

The neo has also helped Potomac engineers develop new microfluidics projects like their organ-on-chip technology. Relying on the neo’s unique material processing capabilities, they have created a platform that eventually has cells placed on it to replicate the human biological cell functions. This technology quickly and economically allows pharmaceutical drugs to be tested before use in clinical trials. Without the DATRON neo, Potomac would not be able to manufacture these platforms so quickly. And the neo’s precision guarantees part quality and ensures customer satisfaction.

The versatile neo is a perfect fit for the wide variety of manufacturing services that Potomac provides, allowing technicians and engineers on the factory floor to combine laser micromachining with other micromanufacturing technologies.

The neo’s primary application at Potomac has been manufacturing high-precision micro parts such as microfluidic and medical devices. For microfluidic devices, the electrodes are laser patterned onto the part, and the neo is used to drill holes and cut out the part. Potomac will also hot-emboss molds to increase the speed of high-volume production and then use the neo to engrave features on the finished parts. In fact, for features above 100 microns, the neo is often the tool of choice. 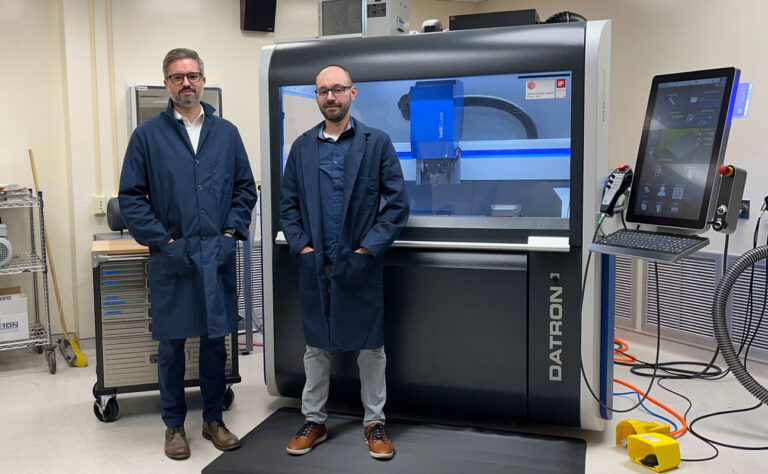 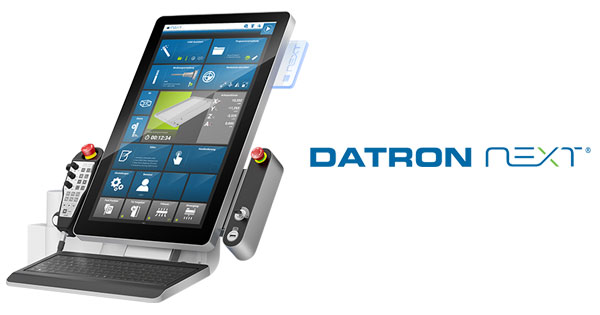